Super quick to build and super quick buzzing round the garden! Inspired by a recent video series by RC Model Reviews on YouTube I bought some bits and bobs from Hobby King to build my very own mini-quad. 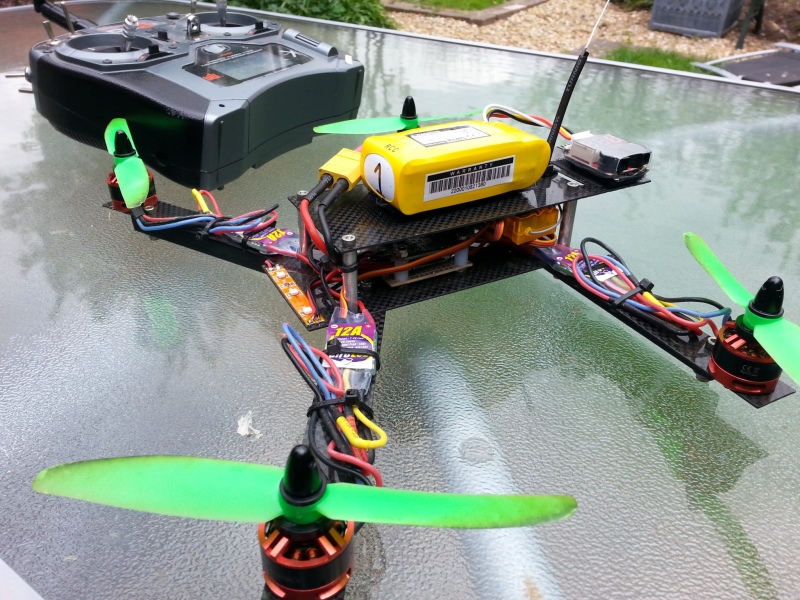 It’s been ages since I did anything in the garage, other than stir tins of Deep Bronze Green and repair punctures, so I was totally unable to wait for the second of my two parcels to arrive from the People’s Republic. Since I’d received everything except the frame within a couple of days and faced a two week wait for the frame itself, I knocked up a little quad frame from spare bits of carbon fibre and two meagre scraps of 6mm aluminium. 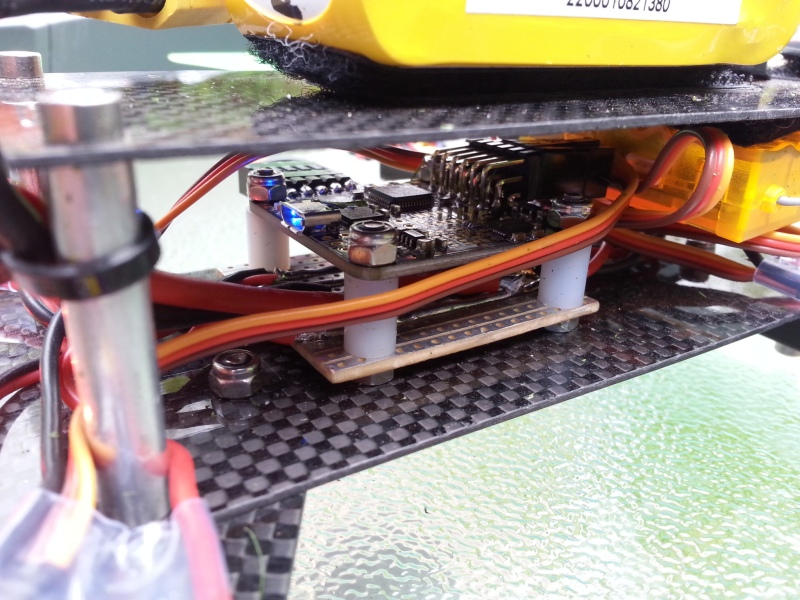 It’s much smaller than my old quads. It was supposed to be a 250-class - so 250mm from motor to motor - but I chucked it all together free from the shackles of forethought and it ended up a little wide at the rear end. I drilled out, parted off and tapped four aluminium pillars, chopped and drilled some chunks of carbon fibre sheet and reinforced the motor arms with some square carbon tube with a balsa dowel insert.

One of the best things I did is make a power distribution board from a bit of veroboard. This makes wiring things up so much easier than faffing about trying to make a wiring loom. It also keeps the inside of the quad much tidier. I mounted it under the flight controller on some plastic standoffs which works very well.

To fly it’s blooming amazing. I’ve only flown it round the (tiny) garden so far, watched by a curious three year old. The Naze32 board keeps things incredibly stable and the light frame and beefy little motors means it easily hovers at mid-stick. Leaving (hopefully) spare capacity for some FPV kit and a GoPro in future.

Huge thanks to Bruce from RC Model Reviews for making such a useful video series - and especially for recommending a list of cheap but super-effective components available for about £100.