I’ve decided to add some more “creature comforts” to The Duke. I am sick of the noise and the condensation that runs down my neck when I start off on cold mornings. I didn’t much like the ice that formed on the inside of the walls when we went camping back in December either!

After much research I found some 7mm thick closed-cell “van insulation” foam on eBay. It cost me £70 for 8m and I used 7m of it lining the roof and walls. A couple of cans of “trimfix” glue were included in the price. I almost managed to do the whole job with just one can of glue but had to open the second for the last roof section over the front seats! 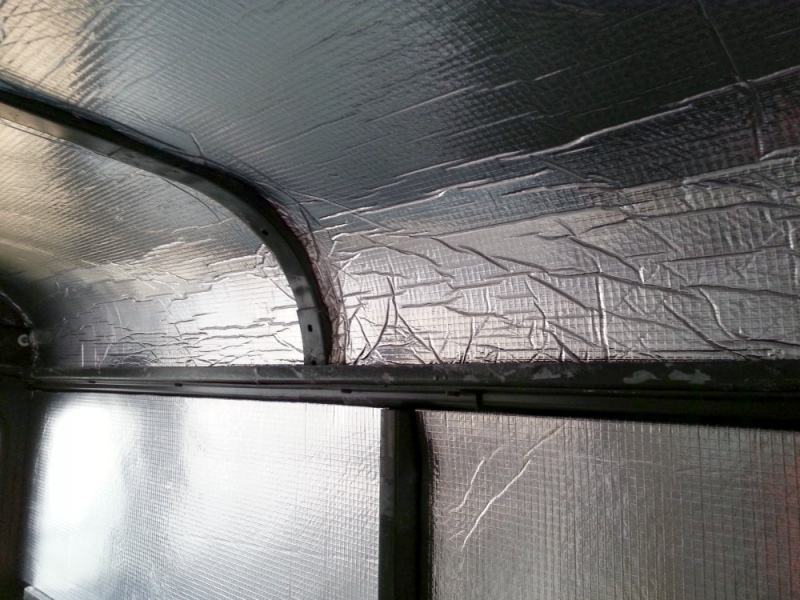 It looks like the international space station in there now! Emma enjoyed looking around once I was finished - though she still refers to The Duke as “Daddy’s Tractor”. 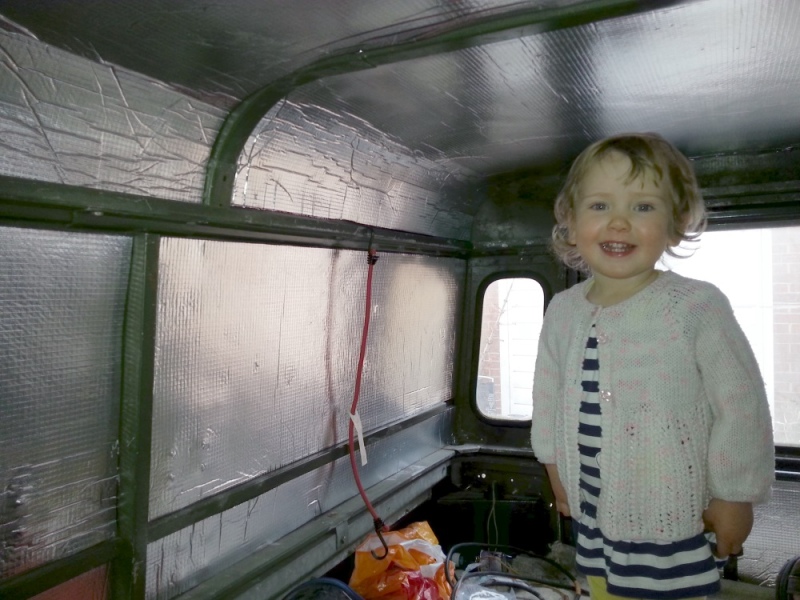 It was all pretty easy except the final section over the front seats. The roof tapers and the chunk of foam needed to be aligned on all sides. I had to peel and re-stick several times before I got it right.

Went out for a test drive and I can confirm that it’s still very noisy in there. Not sure if the newly insulated roof helped much as the overdrive whine is still deafening at motorway speeds. I still have the door seals to replace and maybe I’ll stick the last metre of insulation under the bonnet to see if that makes a difference!

It does seem to help with the heat a little - it was sunny this weekend and the uninsulated skin of the roof was hot enough to (slowly) cook an egg. Insulated sections are much less hot to the touch.